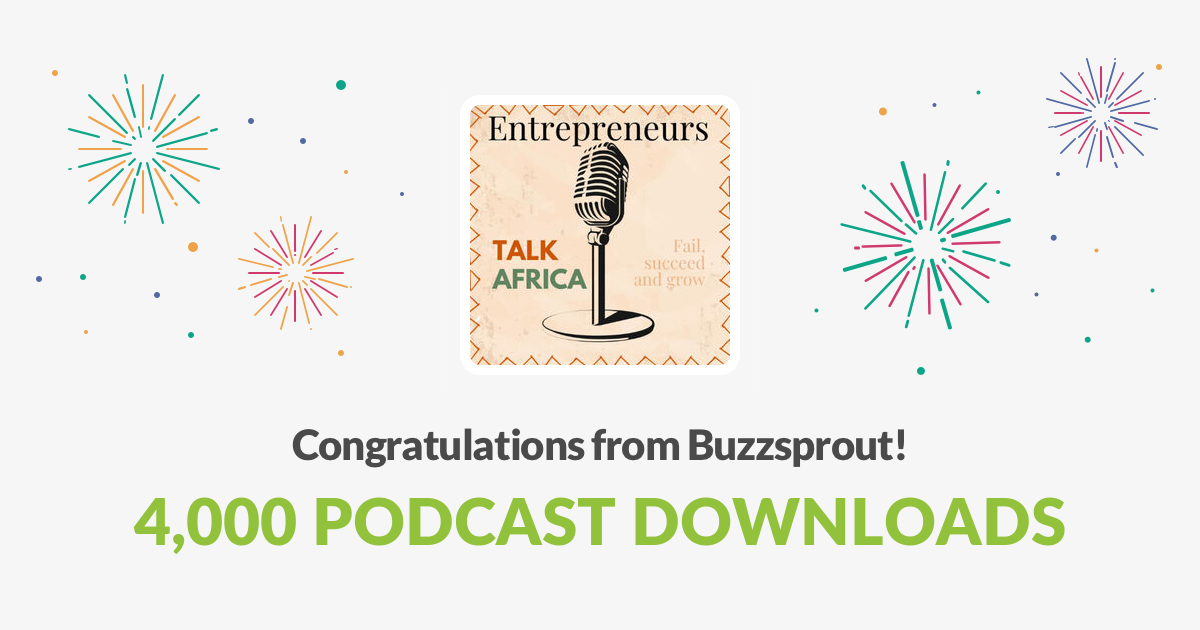 A little over one year ago, when Jason, Gerald and I started Entrepreneurs Talk Africa, we dreamed about milestones. Starting from scratch, with no experience in podcasting, we did not know what to expect. We did not know how long it would take to reach ten, hundred or thousands of downloads. The only thing we knew back then was that we wanted entrepreneurs’ voices to be heard. We wanted, selfishly, to learn from others. But we wanted, less selfishly, to allow as many entrepreneurs to learn from others.

There’s a Lao Tseu proverb that says that a journey of a thousand miles begins with a single step. We can say that a thousand downloads podcast begins with a single listener. We have many now, and keep growing. Of course, after a year of podcasting as a side hustle, are we still motivated? Before answering to this question, let me provide you with some facts, as of June 29, 2021:

Based on those few facts, you understand that not only we are still motivated, but pumped up to enter our second year with clear goals in term of achievements, and particularly monetization. So far, we have been operating at a loss, and year 2 should be the year of profit making, so we can move to the third stage to our plan. You want to know what the third stage is? Too early! We are not ready to disclose this yet!

If you want to be part of the adventure, we are always welcoming entrepreneurs who have stories to tell (request to be a guest) and organizations who would want to sponsor the podcast (we have many sponsorship plans, more on this later, but in the meantime click here if you want to be a sponsor).