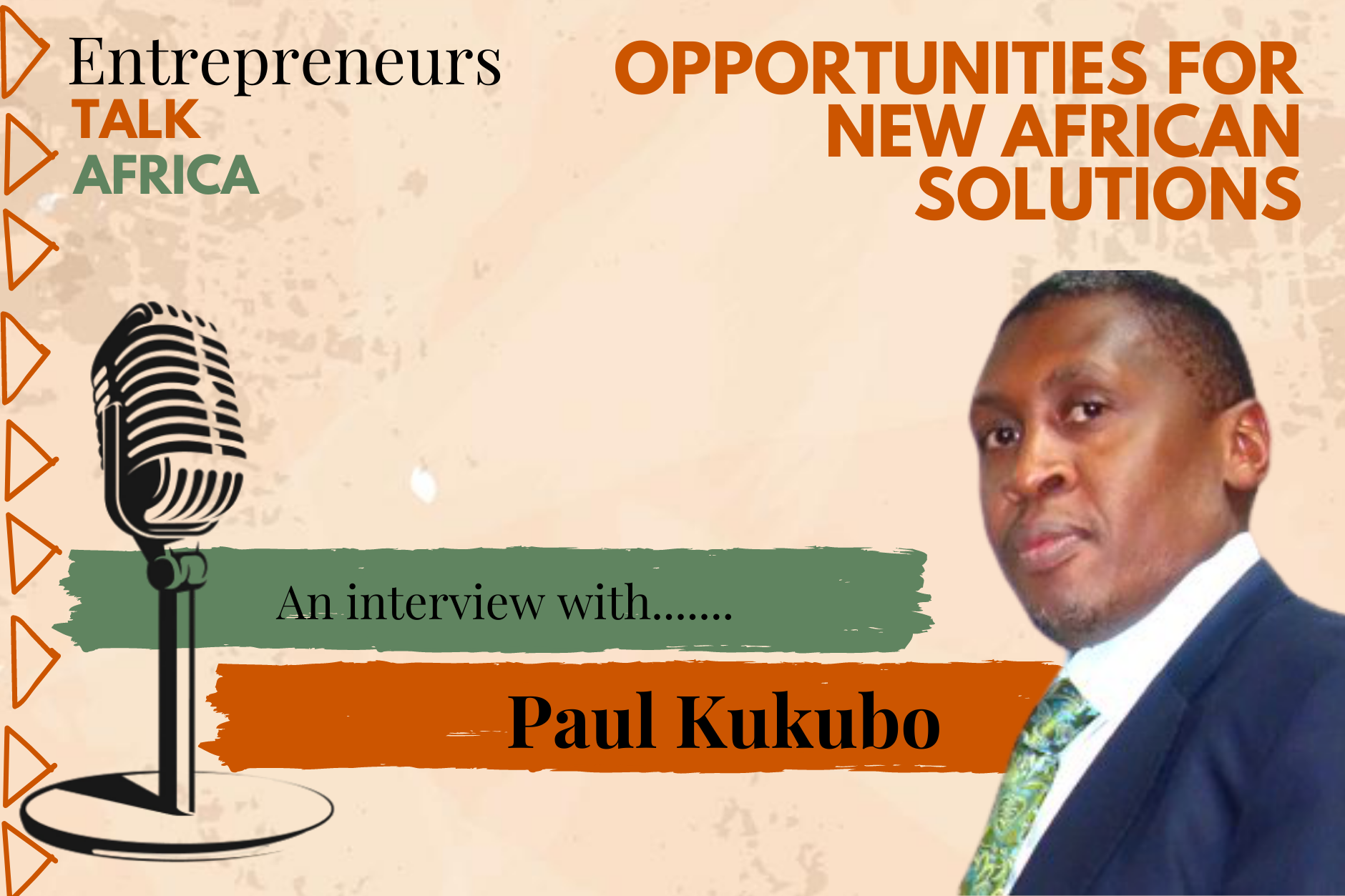 Entrepreneurs Talk Africa had the pleasure of hosting our first guest in the official launch of Season One after our initial MVP (Minimal Viable Product) season 0.

We were honored to have Paul Kukubo, founder and former Chief Executive Officer of the Kenya ICT Board (now ICT Authority), where he is credited for developing key international and local partnerships that fostered Kenya’s rise as a technology innovation hub. He was also instrumental in the establishment of the Konza Techno City, billed as Kenya’s Silicon Savannah, as well as being  named one of the Top 100 Most Influential Kenyans to Watch. Now living in South Africa after founding several other ventures on the way Paul is the very definition of an African serial entrepreneur.

Our discussion followed his personal journey from his early days in the corporate world to the numerous ventures he has been involved in over the years. The lessons and advice from Paul come as an example and inspiration to aspiring entrepreneurs and I encourage you to have a listen to our full conversation.

My biggest take away from our discussion came from his quote “Africa has so many problems…. And problems are just signals calling out for entrepreneurs to respond”  this view connected with me on a personal level, as I pride myself in being a creative problem solver.  However as Paul mentions “the issue then becomes how to do it in a way that makes you money because not every problem can be solved in a way that gives you a return so you have got to choose your battles wisely ”

Paul points out that in the African context the population is exposed to very different problems and you can’t always mimic every model you see in advanced markets and expect it to work. To this point African entrepreneurs who are gaining traction are now leveraging technology to solve these problems in very different ways than previously seen in those advanced markets. An example of this is M-pesa, using telecom technology to solve the problem of sending money, born out of the lack of banking and other infrastructure in rural Kenya, a problem that no longer exists in developed countries due to historical solutions.

Paul’s optimism about the potential of Africa is evident throughout our conversation. Not only does he see the opportunity in the many problems that Africa faces but he highlights how  “African problems are at such scale that there’s no problem that’s unique to one country. Africa is so similar with its emerging market type problems, it’s just begging for solutions to be found.” showing the potential to scale solutions across the continent.

As a man that has been so instrumental in the rise of Kenya as a Startup and tech leader he has seen first hand what it takes to build an ecosystem and although we touch on the many obstacles that entrepreneurs face and how far we still have to go as a continent to enable our full potential, I come away from our conversation with renewed vigor allowing some of Paul’s optimism for Africa’s future to rub off on me.